Snowdon – An A – Z of Facts and Trivia – Tony Ellis 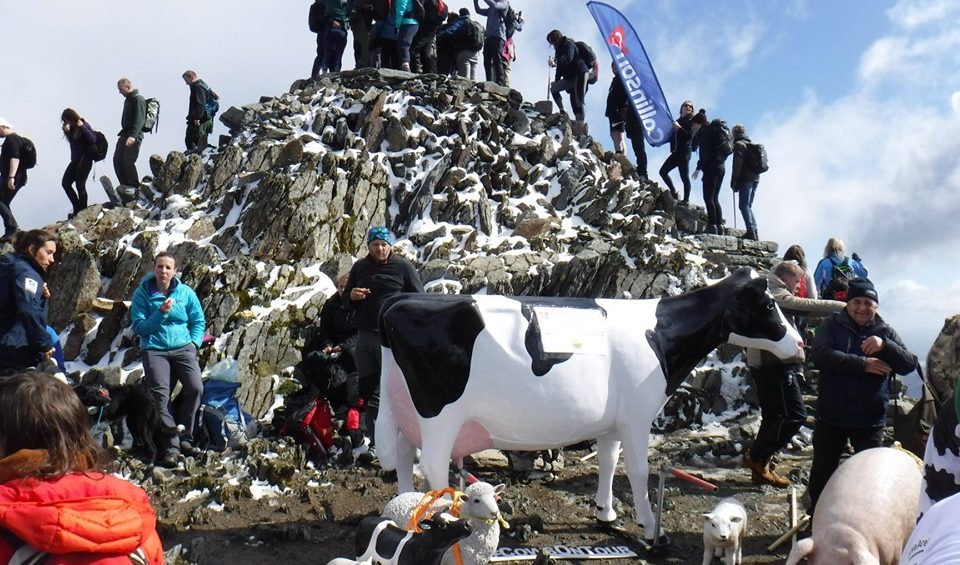 If you’re as big a fan of Wales’ highest mountain as we are then you’ll love this book written by local author and Snowdon volunteer warden, Tony Ellis. It’s a unique resource of thousands of facts and items of trivia about Snowdon, probably the busiest mountain in the world.

Some facts refer back to the formation of the mountain several million years ago, or to its shaping by the ice age which came to an end just twelve thousand years ago! But most relate to man’s presence on Snowdon in the last 400 years right up to the present day. Organised alphabetically in over 250 short sections and with over 150 illustrations, whether you’re after useful facts or far-from-useful trivia, this book is guaranteed to inform and amuse.

Did you know for example that several films have been filmed on Snowdon including Carry on up the Khyber where parts of the Watkin Path masquerade as the Khyber Pass. James Bond fans might recognise the pipeline down to Cwm Dyli power station which becomes an oil pipeline in Azerbaijan in The World is Not Enough. Other films include Tomb Raider: Lara Croft and the Cradle of Life and Terry Pratchett’s The Colour of Magic.

We loved reading about ‘wacky ascents’ up Snowdon. These have included walking up backwards, leap-frogging to the summit, crawling up on all fours and pushing a sprout up with your nose (apparently that took four days and 22 different sprouts but raised nearly £50,000!) Items carried to the top (usually in aid of charity) include life-sized farmyard animals (see photo), boats, a fireman’s ladder, tractor tyres, a surfboard and a fridge.

For those looking to climb Snowdon themselves, the book is also full of useful information about the best time to set off, the quietest paths and what weather you might expect.

Tony has written seven other books about Snowdon; Snowdon – The Story So Far, A Snowdon Timeline, Snowdon in Old Photographs (1850s – 1950s), Snowdon – the Summit Story, Welsh Place Names on the Snowdon Massif, A Gazetteer of Locations on Snowdon and Snowdon’s Old Copper Mines and Slate Quarries. All Tony’s Snowdon books are aimed at particular audiences but we like this one as it’s easy to read and great to dip in and out of.

Buy Snowdon – An A – Z of Facts and Trivia online at Lulu.com.